*The spending money for this post was gifted by Hotels.com, but all views are my own.*

If there’s one thing that Edinburgh is absolutely bursting at the seams with, it’s history. With literally hundreds of museums, including one particularly famous castle, you could be forgiven for thinking that Edinburgh only makes a good holiday for history buffs – but you’d be wrong! I would willingly argue that Edinburgh is one of the most diverse cities in the world, and definitely in the UK, and if you can’t find something to do there then…you probably won’t find something you enjoy doing anywhere.

So you’ve booked your hotel in Edinburgh and it’s time to start thinking about what you want to do – where do you even begin? You’ve scrolled through pages and pages of attractions on Trip Advisor and have seen museum after museum, and you’re starting to think that this might be the most boring holiday ever. You’ve clearly found this blog post though, so here comes Kirsty to the rescue! Here are some of my top picks…

Okay so let’s get it out of the way – I’m a dog person, not a cat person. So now that that’s out of the way, let me tell you about how when I heard a dog cafe was opening up in Edinburgh I had very mixed feelings – I love dogs, but not Chihuahuas. As far as I’m concerned chihuahuas are definitely on the bottom tier of dogliness, but having now visited the cafe on Edinburgh’s Frederick Street it has quickly become one of my favourite places in the city!

You book yourself a ticket for a set time to visit the cafe, and each session lasts around 50 minutes. You have the option to just spend time with the dogs  or to cosy up with the dogs while enjoying cake and refreshments – naturally I opted for the option with cake and I can confirm that my salted caramel brownie was delicious! The staff are super friendly and knowledgable and are really good at encouraging interaction between the dogs and the visitors. The main rule is that you should let the dogs come to you instead of forcing yourself upon the dogs, which is totally understandable since you are a strange person entering their territory, but everybody that was there during my visit had dogs on their laps!

If it’s more your thing, Edinburgh also has a cat cafe close to the Grassmarket but I haven’t visited it yet! 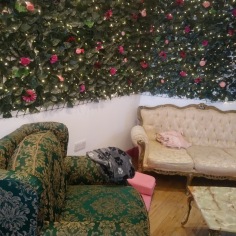 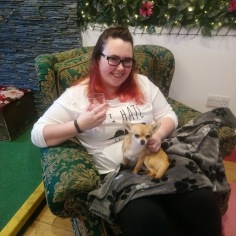 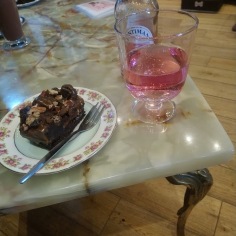 You might think this is history, but in my eyes it’s not quite like boring old museum history. Dynamic Earth takes you on an interactive journey like no other – step inside the time machine and be transported back at high speed to a time when Earth didn’t even exist. Watch the big bang from the space ship, feel the tectonic plates move and try not to get washed away by volcanic lava before exploring the different regions of this new world, walking (sailing and flying!) right back to the present day.

Is it history or science? You decide. 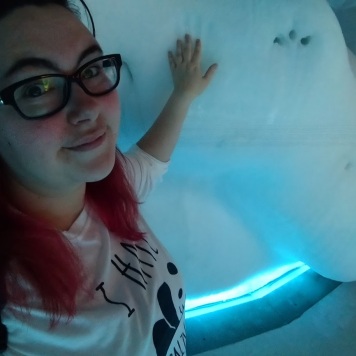 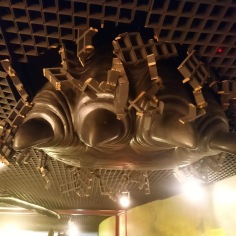 Picnic In The Park

There are plenty of green spaces in Edinburgh to enjoy a wee picnic on a nice day, but probably the two most popular are Princes Street Gardens and The Meadows. Simply because it was closer to where I stayed when I lived in Edinburgh, if I wasn’t strolling along the canal I was most likely to pop along to Bruntsfield Links and The Meadows, which are practically one and the same to be honest. Even better, just across the road from the Bruntsfield Links is one of my favourite little eateries – Meltmongers.

Meltmongers specialises in all things cheese toastie – pretty much every kind of toasted sandwich with cheese in it imaginable – and if you get a chance, I thoroughly recommend ordering a side of fries and dipping sauce! My go to item on the menu is the Mac N Cheese Melt – yumyumyum! 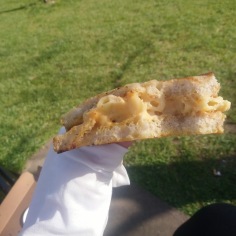 I’m really quite disappointed that I never discovered the gardens until after I had moved away, because they are definitely one of my favourite places to go to chill in the city. The outdoor area of the gardens – which is huge! – is free to enter or for a small ticket price you can also access the greenhouses. There are 10 different greenhouse areas, each one focussing on something different, and there are some absolutely stunning plants to be found! Also it looks like something out of a story, so if you’re looking for a bit of escapism from the chaos of the city the gardens are the place to go! 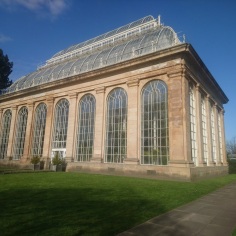 I’m almost certain that if you have been looking for ideas of things to do, then you won’t need me to tell you that Edinburgh has a zoo! Home to a variety of amazing animals and famous for it’s penguins (including an albino penguin and a penguin with a knighthood!) and it’s pandas, Edinburgh Zoo is a regular haunt for me.

That’s right, you can visit a farm in the city and it’s just a short bus ride out from the city centre! As well as getting close to a variety of animals, including cows, sheep, pigs, hens, goats and horses, you can pay a small donation to get some food to feed some of the animals. Entry is free but donations towards the upkeep are welcome.

Okay so I know I said no museums – but this museum covers literally everything. Moreso, they regularly hold special exhibitions on top of their standard exhibitions, and the current special exhibitions are on embroidery, ancient Egypt and robots – that’s right, robots! A few years ago they had an exhibition which meant that you could go and watch an artist build a scale model of the museum, entirely out of Lego. So yeah it’s a museum (and a free* one where you could probably spent most of a day at that) but it has some pretty cool things going on which are worth checking out if you’re in the area.

*some special exhibits require you to pay for an entrance ticket, but the main museum is free.

The Best Of The Rest

Of course, if I told you about every attraction and quirky eatery then this would become the world’s longest blog post and it would take a lifetime to write! I do have a few recommendations and suggestions, however, that I haven’t experienced myself – yet!

If you’re looking for ideas of what to get up to, I can’t recommend the staff in the Waverley Mall Tourist Information (Visit Scotland) enough. Anytime I have gone to ask them about anything they have always been super helpful.

If you know you’re not particularly interested in history and museums, I think the first thing to do is to identify what you are interested in. No matter what it is, I’m pretty sure there will be something somewhere in Edinburgh that caters to your interests. It might even be listed as a museum!

If you like outdoorsy things, you could climb Arthur’s Seat, or one of the many other hills in the city. Great views in good weather guaranteed!

I had hoped to visit Gilmerton Cove – a collection of underground tunnels and vaults whos origins are unknown – during my latest visit but unfortunately all of the were full!

If you’re looking for a bar that offers something a little extra, there are plenty places. Of course, I would recommend my beloved Badabings but they are closed following a kitchen fire until the summer, however their sister bar – Rat Pack Piano Bar – offers a similar offering of live music and prohibition gangster fun. There’s also a few bars in Edinburgh with hidden cinemas, including the Brass Monkey and Cameo. Oh, and Edinburgh boasts a Hard Rock Cafe!

If politics are your thing, then don’t let a visit to Edinburgh pass without visiting the Scottish Parliament.

There are numerous art galleries in the city, including the Scottish National Gallery on Princes Street, but unfortunately in all my time in the city I haven’t visited any yet!

If you have a grasp if tide times, why not take a stroll across to Cramond Island during the low tide and explore the island? Just make sure you don’t get stuck!

Movie buff? The tourist information can tell you about various locations in the city which have featured in hit movies that you can visit!

There are tours for just about everything! Of course, I love a hop on, hop off tour but there are also a number of walking tours – sightseeing, ghost tours, literary tours and Harry Potter to name a few!

If your interests lie in theatre, then you’re definitely in luck! The city’s main theatre is the Edinburgh Playhouse, situated just off Princes Street at the Waverley end, but there are also a number of smaller theatres so there will always be something to go and see!

Edinburgh has not avoided the escape room craze and there are a number of escape rooms dotted around the city, including a Harry Potter themed one!

Of course, the two prime times to visit Edinburgh are August for the Fringe and December for the Christmas markets – I have been to both and thoroughly enjoyed both, just make sure you’re prepared to deal with the crowds!

Have you visited any of these places, or have any other recommendations? Let me know in the comments below!