We’re all agreed that travelling is great, right? None of us would be here if we didn’t know that to be true. But, do you ever feel like it gets boring going away and coming home again? Do you find that you now spend all your free time planning your next big trip? You aren’t alone. The more we travel, the harder it can be to return. A week may have refreshed you in the past, but now you need two weeks, or even four to feel those same benefits.

This is an inevitable side effect of the nomadic bug. But, it doesn’t mean you need to accept feeling dissatisfied. If you’re at the stage where you can’t stand coming home, perhaps it’s time to ask yourself whether you’d benefit from a move abroad. Don’t panic; this doesn’t mean you need to upheave your whole life. Simply renting somewhere in a different country for six months at a time could do the trick. That way, you’d be able to return to your home base whenever the need took you.

Of course, even living somewhere for short periods requires a lot of thought. Even six months can seem like a long time if you choose the wrong place to settle, after all. To make sure that doesn’t happen, take some time out to find places you’re sure you’ll be happy living in. While the requirements will vary for everyone, the following could see you literally living the dream in no time.

If you currently live in the UK, a sudden move to Florida is never going to be the best option for you. The heat will drive you wild! Equally, those currently living in Spain would have trouble acclimating to somewhere like Poland. That’s why this is a consideration you need to take into account. In many ways, we fit to our environments. As such, you’ll find it difficult to cope with weather extremes you aren’t used to. While you’d get used to these over time, an adjustment period is the last thing you’ll want after first moving. That scorching heat might be a nice change for a week, but moving is a different ball game. Imagine sitting in an office wearing a suit when you feel that way. It isn’t going to happen. For your ease, consider areas with similar climates to your own. A move from London to Paris, for example, is sure not to be too uncomfortable. Someone who currently lives in Alaska might not find it too challenging to adjust to a country like Iceland. Just know your limits, and make sure you don’t jump at a new climate because it’s different from the one you know.

Next, think languages. If you travel a lot, you might already have different languages under your belt. In that case, you’re golden to consider a few more options. But, if you only speak English, you’re going to struggle to settle somewhere with a total language barrier. Again, a new language is something you would pick up over time. But, for your first move abroad, this divide is never going to serve you well. As exhilarating as it can be, a move like this can also be isolating. You’ll be away from everyone you know. The last thing you want is an inability to communicate with those around you. So, consider English speaking countries. Luckily, English is one of the most widely used languages in the world, so you have a few options here. America would be an obvious choice, but it’s by no means your only option. Countries like Singapore also boast of a largely English-speaking population, so looking for a hdb for rent in singapore could serve you well. If you wanted to go all out, you could even find that there are areas of India where English is spoken on a regular basis. Even destinations like Malta use English as a national language. So, research your options and write down a list. You can bet this move will serve you much better after you take this one simple step.

Get Current With Currency 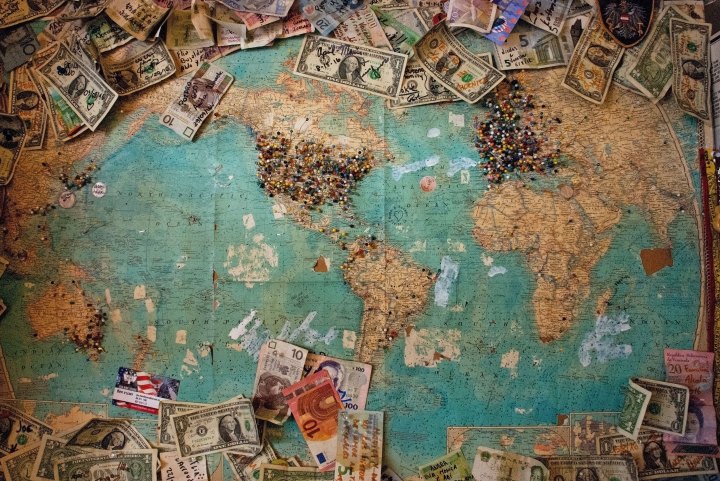 Currency can be a hard thing to get your head around while you travel. And, it only gets harder when you move to a place. You certainly won’t be able to scrabble in your purse for a quid if you move somewhere with a currency which is totally alien to you. The issue here is, of course, that you’ll end up spending a fortune on every aspect of your move. If you have no concept of the currency, you could end up paying well above the odds for a rental. You could also up spending more than you should on things like food and general living. Don’t let it happen by considering the currency of a country before committing to a move there. It might surprise you to find out that other countries also rely on a pound currency. Northern Ireland is an obvious one, for example. Equally, it’s worth considering a destination like Gibraltar. Even Egypt uses the pound if that takes your fancy. If none of those suit your tastes, stick instead to a currency that you already know well. If you’ve travelled to Europe a lot, the euro shouldn’t give you much trouble. You may also find that the US dollar makes more sense to than you realise thanks to all those American films. Note, too, that currencies like these are now pretty close to the pound. That’s by comparison to areas such as India, where hundreds of thousands or rupees actually aren’t all that much.

Though they may take some fun out of your move, each of these considerations could serve you better than you know. Once you’ve done this the first time, you can throw cautions like these out the window. For now, though, do yourself a favour and keep this list to hand as you write your new destination bucket list.