So as you may be aware, in November my brother and I jetted off to Oslo to spend a couple of days exploring the city. I realise Oslo might seem like a peculiar destination to many, especially in the winter and for two millenials not earning very much money, but that was where he wanted to go so that is where we went! We spent the year saving vaguely and our parents bought us each an Oslo Pass as an early Christmas present so that we could fit in as much as possible – since we were only really there for two full days this was very important to us!

Wondering what to get up to during a short stay in Oslo? Let us inspire you!

We started our day with a stroll along Aker Brygge! The views along the harbour were nice and it’s easy to imagine it would be a bustling area in the warmer weather. 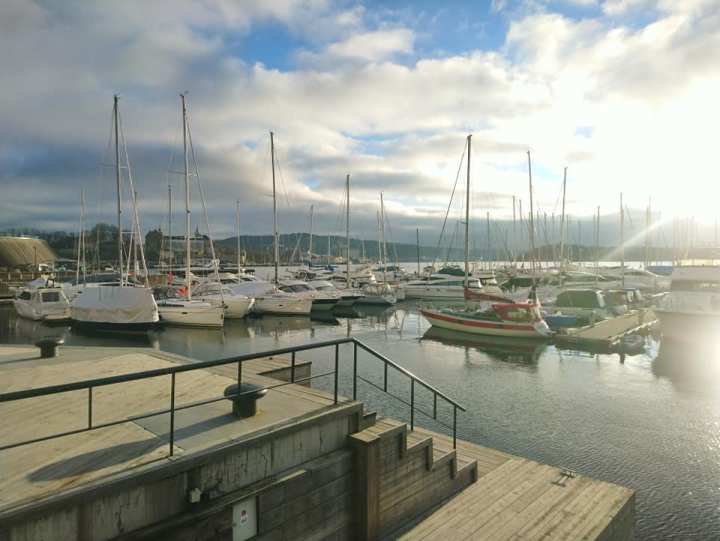 From Aker Brygge, we headed to the Nobel Peace Centre, which had two parts – downstairs was a photographic exhibition about things that are 100% not peaceful (a lot of war images amongst other things) and upstairs is a look at the history of the Nobel Peace Award and everybody who has ever received it. Very interesting! 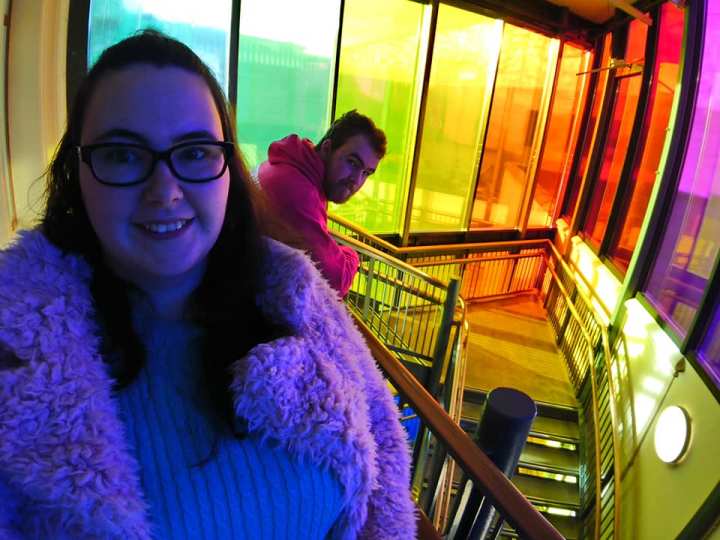 Our next stop was the Historical Museum, looking at the university building and the palace on our way.

I have to say we weren’t quite sure what to expect from the Historical Museum – after all, aren’t all museums about history? It’s got a real array of exhibits relating to the history of Norway and, indeed, the universe and while we enjoyed wandering around looking at all the different things the hunger soon took over and we decided to leave to find food. 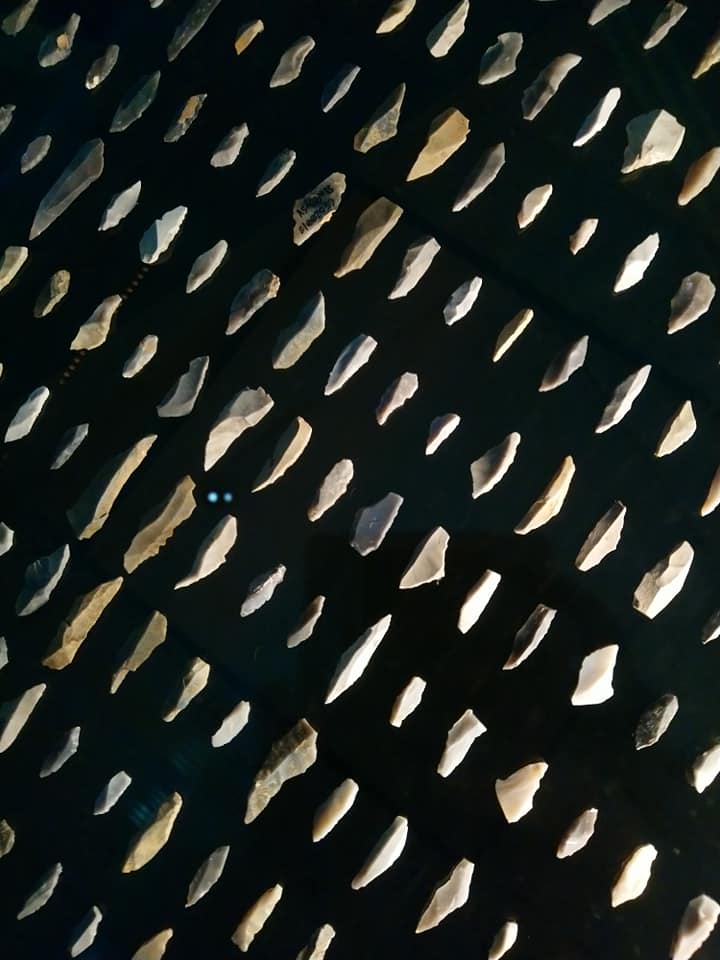 For food we ended up at Den Glade Gris, which translates as The Greedy Pig. In an unusual turn of events I was keen to get one of their Norwegian tasting platters – a variety of Norwegian delicacies to try – but my brother was desperate for a good feed so instead we settled for fish and chips for him and a pulled pork sandwich for me. We can confirm that the rumours about the price of eating out is true – our meals cost in the region of £20 EACH…but they were really good. During our stay we would judge how expensive a restaurant was by the price of a side of fries/chips they varied from roughly £6-8. We were certainly glad we were staying in an apartment with a kitchen! 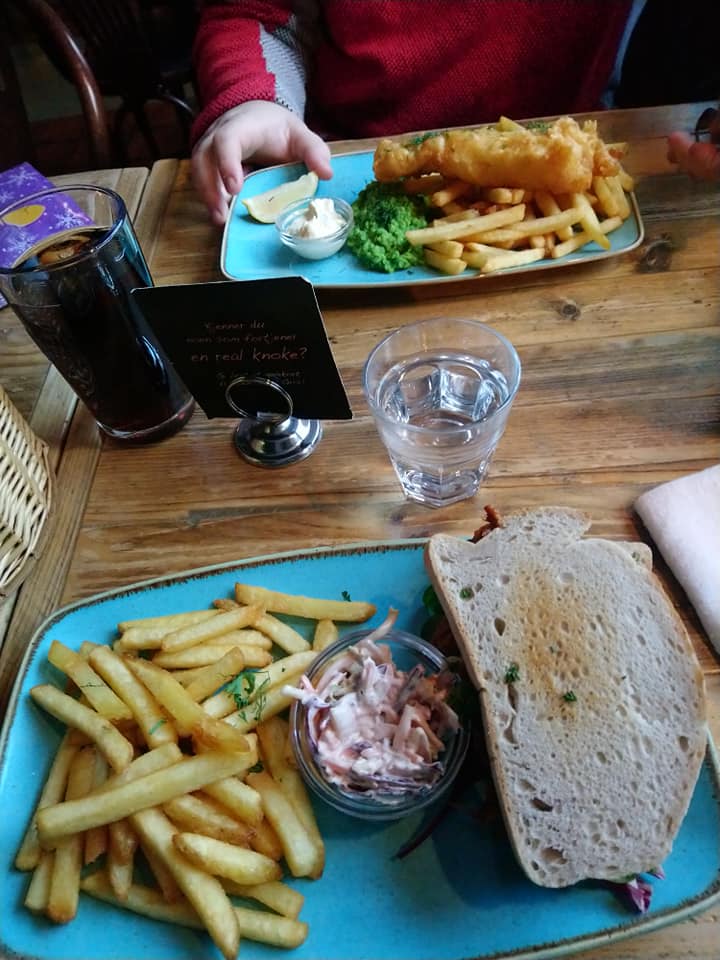 Freshly refuelled (imagine having lunch at 3pm) we made our way to Oslo Reptile Park – which took a bit of searching to find! Even when GoogleMaps said we were there, in the dark we couldn’t see any sign of any kind of tourist attraction until my brother spotted a plain wooden sign over a door across the road in a car’s headlights. Turns out that wasn’t the door to enter and you had to go down a lane and through a door round the back and then through another door into the basement of the building – we were starting to wonder what we had let ourselves in for! Once inside we were greeted with an assortment of reptiles and bugs, thankfully all safely contained in their little glass boxes…all except for one little blue lizard which had made a run for it at feeding time and was skittering about the walls while they tried to catch him! 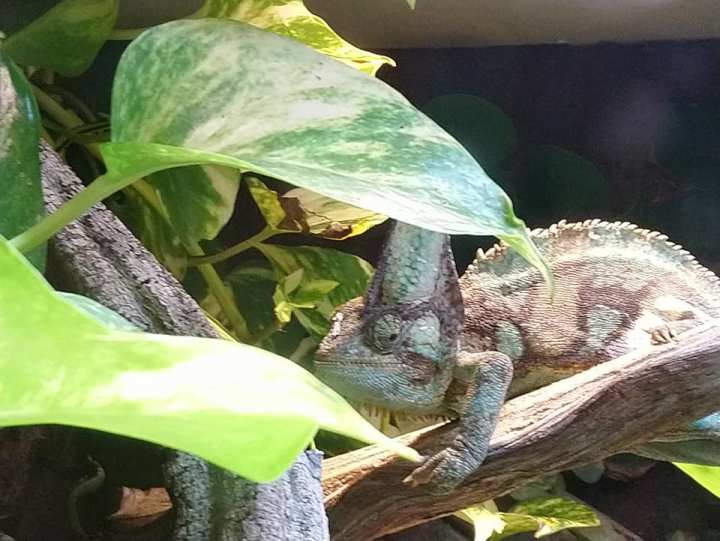 With it being winter, a lot of things close early so we were approaching the end of our first day but we still had a few more stops to make that weren’t on the Oslo Pass. Since the trip was primarily for his 18th birthday, we had to pop into a bar at least once during our visit so we decided to make it all the more memorable by choosing the Magic Ice Bar. We really enjoyed looking around the frozen art works and found the whole experience to be quite fun! 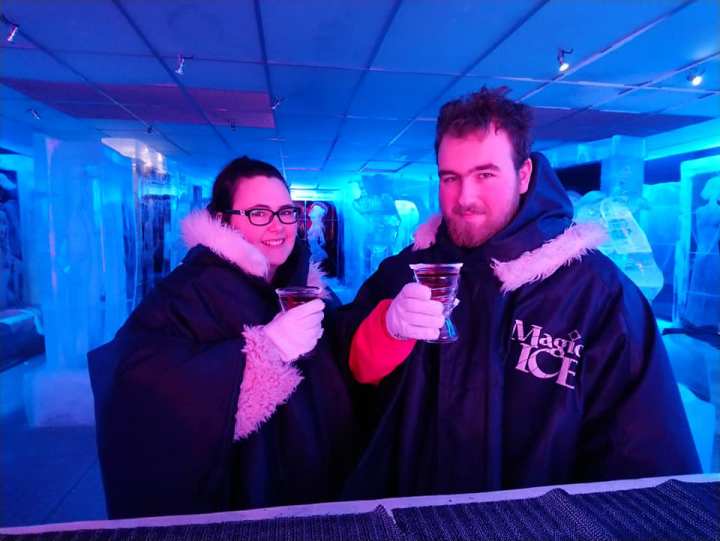 From there we made our way to Hard Rock Cafe for the necessary shopping spree and the crossed the road for a look around the Christmas Markets. We weren’t really sure what to expect from the markets – would they be the same or different to the ones we’re used to? What we found was that they were very similar to the ones in Scotland, but at the same time they had a feel about them that was totally different. We never bought anything or went on any of the attractions, but we did enjoy strolling around taking it all in. Tired, we headed back to the apartment for food and some chill time with the TV before bed.

It was with much difficulty that I dragged my brother out of bed for another day of exploring. As the winter opening hours of many attractions meant that they didn’t open until mid or late morning, we had decided the night before to get up and head to Vigelund Sculpture Park, one of Oslo’s most famous attractions. I think I speak for both of us when I say that we were a little underwhelmed – it’s definitely worth seeing (it’s a park with statues so is free to enter) but it’s not on the scale that we were expecting from what we had read. 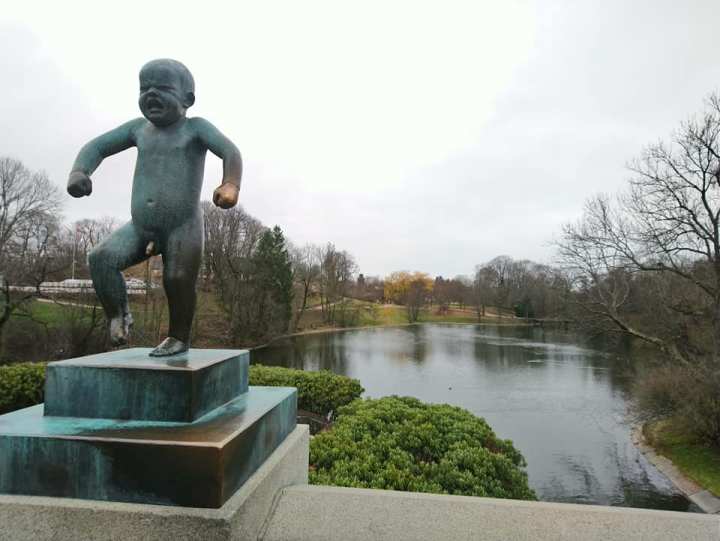 From here we headed to my brother’s top pick from the Oslo Pass attractions – Popsenteret. It’s advertised as a museum of music, but actually it’s so much more than that and we both really enjoyed our visit! The first bit is a journey through how music and music-related technology has changed through the years and then you move into a lots of interactive activities where you can experiment and make music yourself! There’s even a bit at the end where you can dress up and take you’re own album cover photo – I think we would both recommend a visit to this place! 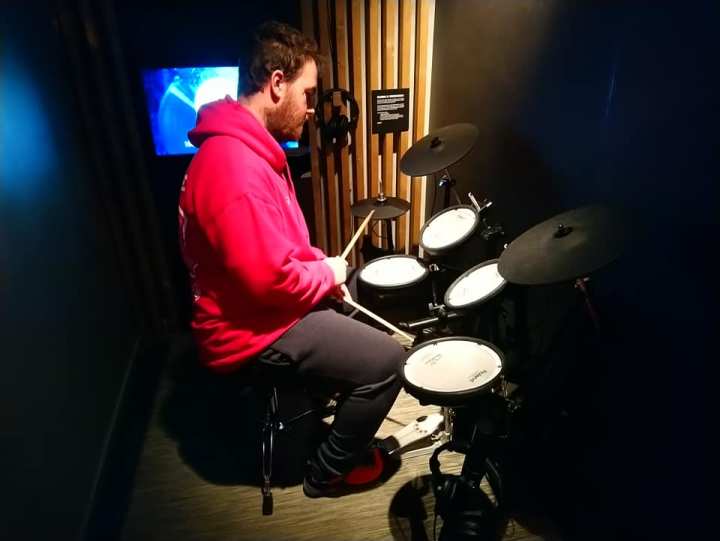 Having learned our lesson the day before, we made a stop for lunch before we became so hungry that we couldn’t enjoy ourselves anymore. Near Popsenteret we found an eat-in Dominos with a lunch deal so this was a big win as our lunch cost us about £7 each for a pizza and drink! This was also the perfect opportunity for us to plan out what we wanted to do in the afternoon. 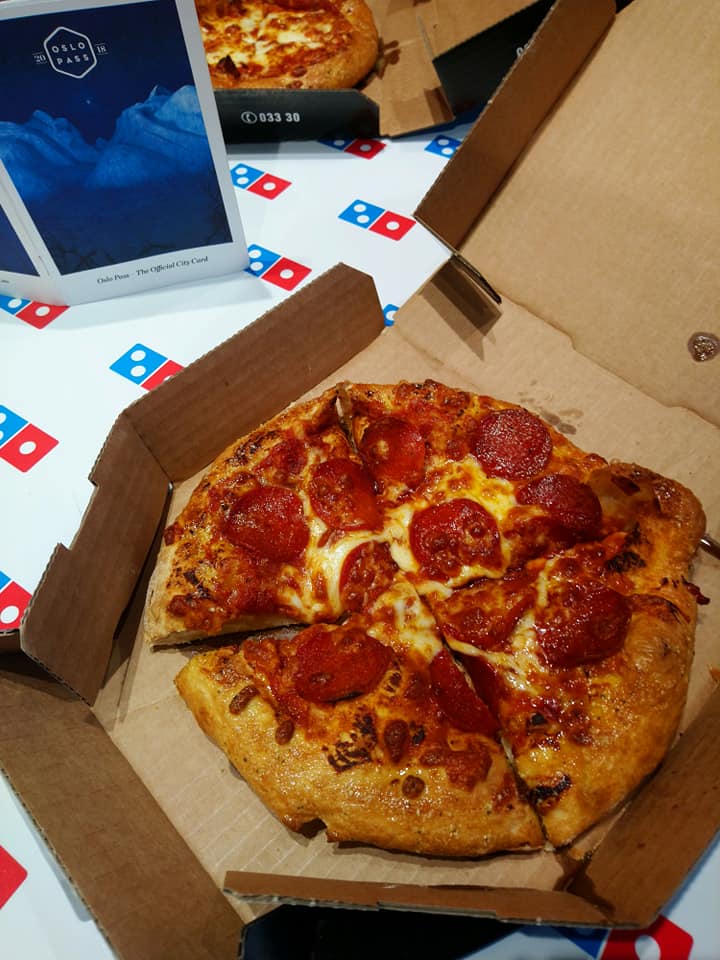 Our first stop of the afternoon was the Munch Museum, a gallery of works by Edvard Munch and works which were inspired by his works. These were nice to see, but since neither of us have ever shown much of a proclivity for art, it didn’t take us very long to wander around. 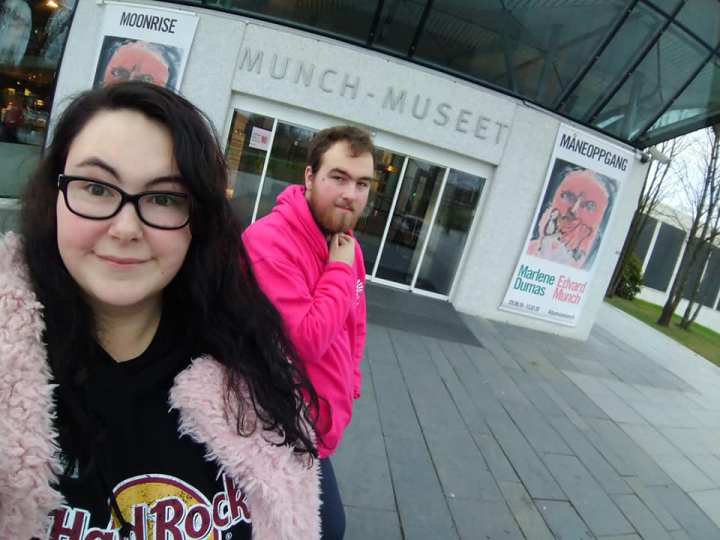 Our next stop was the final stop on our Oslo Pass journey – the Natural History Museum. We both really enjoyed walking around but found it to be almost identical to any other Natural History-type museums that we have visited. Definitely worth a visit though, we particularly enjoyed walking around the area set out as different geographic areas and looking at the animals that live there. 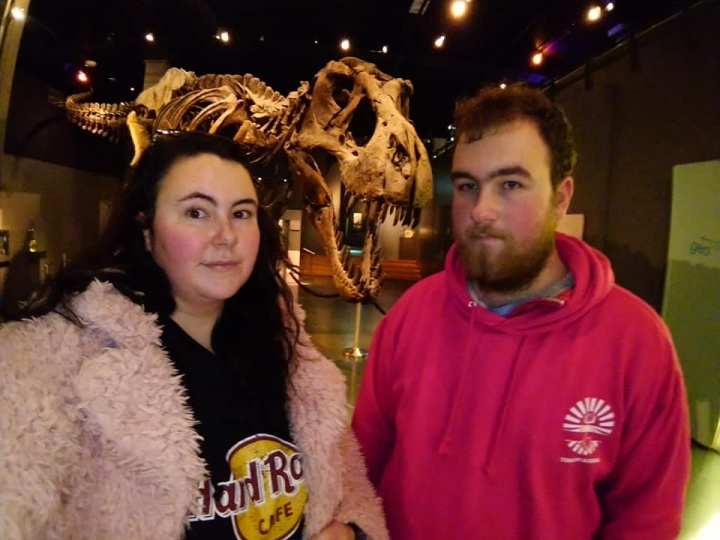 We had planned to look around the Botanical Gardens after this, however we ultimately found that it was too dark and ended up strolling through the streets back to our apartment instead. On the way we were able to see some pretty cool street art – another thing Oslo is known for – and stop in at the shops for some snacks to go with our very exciting tea of Kraft Cheesy Pasta brought from home! Our evening was then spent chilling and packing for our flights home the next day. 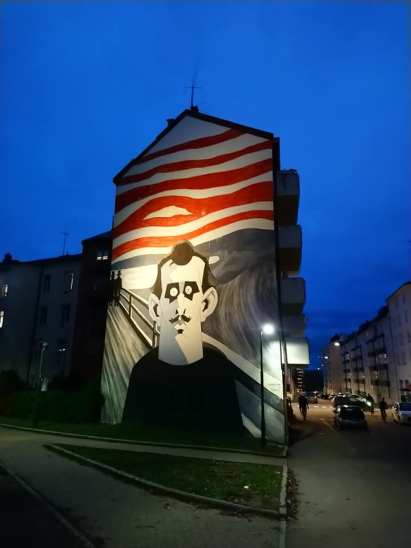 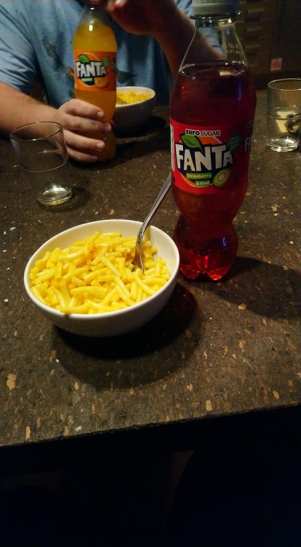 Do you buy tourist passes when you travel? How do you find them? Have you ever been to Oslo? Let me know in the comments below!
There are four vlogs of our adventure over on the KirstyTTLG Youtube channel, and you can check them out here: 48 Hours In Oslo Playlist