So I sat down the other night and thought that I would see what Christmas movies Netflix was offering up this year, then I spotted this one which I had heard people talking about.

Klaus is, from what I can work out, a Netflix original movie meaning that the only place to watch it is on Netflix. It is a new release this year, and I am here to tell you that I think it could quick find itself in the ranks of the classic. It is SO GOOD!

Klaus is the story of a postman and a toymaker who join forces to try and bring some kind of happiness to the most miserable place on earth. It is essentially the origins of Santa, a backstory as to how one man came to bring joy to children around the world on one day every year.

No detail has been forgotten about – it shows the origins of his sleigh, the flying reindeer, why he comes down the chimney, how he is able to make so many toys in such a short time…the team behind this movie really have thought about pretty much everything I think! 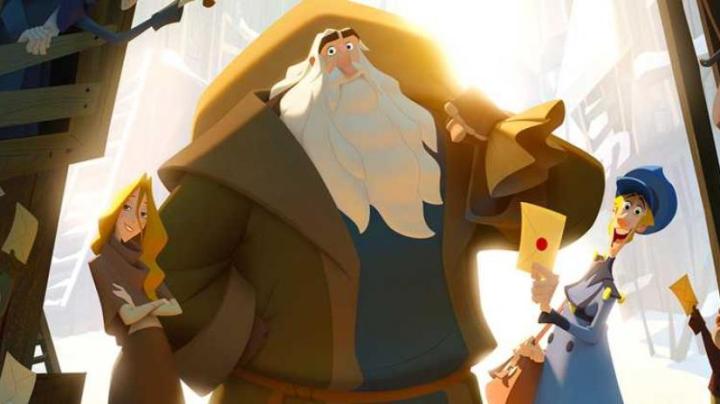 I don’t really know what kind of budget Netflix originals work with, but I am a fan of this animation in this production. I think it suits the movie and the storyline beautifully. It’s maybe not the most elaborate, but it’s far from basic.

I have fallen in love with the storyline. I think it is a perfect storyline for Christmas, regardless of whether it’s about Santa Claus or not. It’s a story about overcoming adversity, bringing joy and discovering peace. It’s about the impact of acts of kindness and the power of young people.

Emotionally it’s well rounded. It’s generally warm and fuzzy, the kind of Christmas feel goods that you look for but it also has a few moments which tug at the heart strings bringing it in line with all of the classic festive films.

A word of warning though, I was NOT prepared for that ending – if you’re super emotional like me then I recommend having a tissue to hand just in case it takes you by surprise too!

Have you watched Klaus? Tell me your thoughts in the comments below!