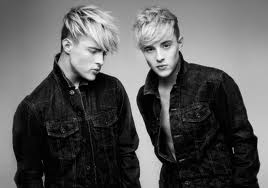 Things like Jedward for instance.  I love Jedward, Jedward are awesome.  Do you know why people are so divided by Jedward?  It’s because they’re fun, they’re completely frivolous and as long as they are having fun they don’t really care whether you like it or not.  This divides the world into two people – the ones who are jealous of their ability to participate in such carefree frivolities, and those who dream of being able to do whatever they want and not give a damn.

Eurovision is fabulous, and I will continue to watch it every year without fail whether you like it or not.  I never back the UK though, because they are never the best.  Do I think politics are involved?  Maybe a little, but have you ever just considered that countries who are close together will have similar music anyway?  Terry Wogan, who did a much better commentary than Graham Norton ever will, said that if Scotland entered independantly they would do better than the UK has done recently.  What a wonderful thought.

Toddlers and Tiaras, because there is a great entertainment value about watching pushy mums with even pushier daughters. Personally, I would love to have had the chance to do pageants because they just look like so much fun.  Not the whole waxing/botoxing/bleaching thing, but the actual practicing and dressing up and performing part…and definitely the getting a tiara afterwards, that would be my favourite.  Not only that but I think that I would be a brilliant pageant mum, so I guess perhaps I should apologise to any future children that I may rear.

Scene hair: lots of layers, pretty colours, patterns and volume…don’t forget the fringe. I really like ‘scene’ hairstyles, I always have, I think that they are really quite pretty.  Admittedly some of them are just horrendous, but I think on the most part they are beautiful.  I’m getting green in my hair as soon as I get a job that will allow it. 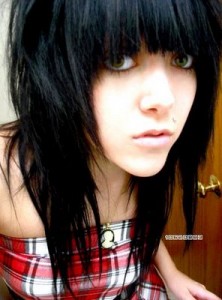 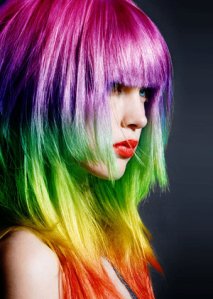 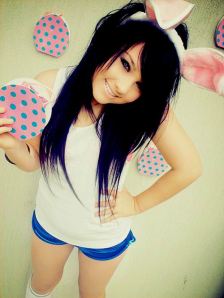 Nightcore, as in the genre and not the band.  Also known as happy hardcore, people all over youtube have taken to remixing songs to make them sound happier.  Chances are if you search for a song, somebody has nightcored it.  They’ve sped it up ever so slightly, they’ve changed the pitch of the singers voice, and they’ve made even the best songs just that little bit more brilliant.  The best nightcore songs are derived from the various rock based genres.   Somewhere a genius has combined the two music genres that hate each other the most, and Kirsty’s worldwide are incredibly grateful.

Does liking boobs make me a lesbian? No society, no it doesn’t.  Boobs are lovely.